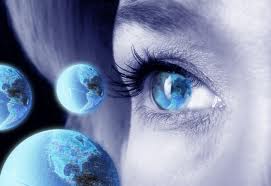 360 Degree Feedback and performance appraisal is a practice proven to provide leaders with new insight that spurs learning and development.  This process has evolved in a variety of ways over the past decade, shifting from a confidential individual development activity to becoming part of the formal performance appraisal – even integrating customer feedback.

The team of industrial organizational psychologists at viaPeople has worked with 1000s of leaders in implementing 360 degree feedback and we have seen a shift in the way that leaders take action on the feedback.  Executives no longer view the process as a secret, behind-the-scenes activity but as a way of demonstrating trust, authenticity, and a desire to learn.

A recent Wall Street Journal article, “Transparency Pays Off in 360-Degree Reviews” describes several individual stories of how executives who shared their 360 feedback results with peers and direct reports were rewarded with promotions.  Some shared their feedback in open meetings while one shared their results and action plans via the company intranet.  Each found a way that made sense for them.

Leadership teams who use 360 degree feedback can not only gain powerful insight into their own individual profile of strengths and weaknesses, but also dramatically increase the impact of the process by openly sharing the individual results with peers and direct reports.  Consider this success story:

A senior sales executive (Mike), reporting directly to the CEO, was identified as having a need to significantly improve his interpersonal skills.  Mike was viewed as intimidating and did not received much feedback from others for fear of the potential repercussions.

Mike participated in a 360 degree feedback assessment and received very direct and candid feedback on his development areas from peers and direct reports.  While initially taken off guard by the results, through coaching Mike decided to share this feedback with his team at a staff meeting.

Mike thanked them for their candor and explained that he had a strong commitment to changing their perceptions (to avoid staff fear of repercussions). He openly discussed his strengths and development areas and asked staff for continuous feedback on his progress moving forward.

Over the next few months, Mike worked hard to develop in needed areas.  His staff began to approach him with functional business issues (which they had feared discussing,) as well as so feedback on his development.  Ultimately, Mike not only grew tremendously from the experience and development strong interpersonal skills but he opened a communication channel that did not exist before between him and his staff. In addition, this openness and honestly, which came from sharing his feedback, set a precedent with his staff that it was “safe” for them to also have development areas and share their struggles with him so he could serve as mentor and coach.

Openness and transparency can greatly increase the impact of 360 degree feedback, as illustrated by the WSJ article and the case above.  As HR Leaders and coaches, we need to go beyond assisting leaders in understanding their feedback and equip them with the skills they need to share their feedback in a purposeful way.

Be awesome...and one of the first to read new talent management articles.